Here is a great read from Sustainable Build.  The article was written by Jennifer Gray. 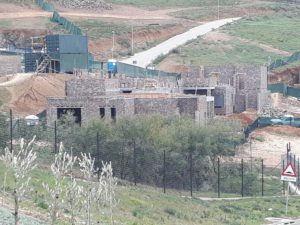 “Bricks are blocks of clay that have been hardened through being fired in a kiln or dried in the sun. Over time, kiln-fired bricks have grown more popular than sun-dried bricks, although both are still found worldwide. Bricks have been in continual use for around 5000 years, and brickwork from this time still stands in the Middle East, a testament to its durability.

The Roman Legions first brought bricks to Britain, using mobile kilns to construct roads, aqueducts and buildings across the country. Bricks were especially favoured in the 18th and 19th Centuries, although their use has declined over the last 50 years due to the increased availability of cement and concrete.

Manufacture of Bricks
In the past, bricks came in many different shapes and sizes, but today’s modern bricks tend to be a standard size of around 8″ x 4″ x 2″. They demonstrate a wide variety of textures, colours and finishes from yellows, reds and purples, to smooth, rough and rustic. These are due to the mineral variations found in the clay, and the method of manufacturing.
Bricks are traditionally manufactured by mixing clay with enough water to form a mud that is then poured into a mould of the desired shape and size, and hardened through fire or sun. Adobe bricks, very fashionable in parts of the USA, are still made in this way with a mixture of clay and sand (and sometimes manure and straw) being poured into a form, and then removed and dried in stacks outside in the sun.

Compressed Earth Blocks (CEBs) were developed in the 1950s and are similar to adobe bricks, except they are more compact and uniform. They are manufactured from soil that is more sand than clay, and compressed using a manual or motorised machine to produce a variety of block shapes, including hollow designs for insulation. CEBs are highly energy efficient using up to 15 times less energy than a fired brick. They are durable, ecological, inexpensive, and utilise low technology. For this reason they are increasingly used in developing countries as a sustainable building technology.

Modern methods of brick manufacture are highly mechanised and automated procedures whereby clay is extruded in a continuous column, wirecut into bricks, and hydraulically pressed to ensure resistance to weathering. The bricks are then dried and slow fired at around 1000 – 1200° C. In more recent times, recycled glass and other waste materials have been introduced into this process. These materials have been found to reduce firing times, temperatures and toxic emissions, improve brick strength and durability, and reduce waste going to landfill.

Brick Laying
Bricks are laid flat in rows called courses, exposing either their sides (stretcher) or ends (header). The pattern of overlap created by the course is called a bond. There are several different kinds of bonds, including Stretcher (most common), Herringbone, English, Basket and Flemish. With all bonds, the vertical joints between each course of bricks must not line up or the structure will be weakened.
Bricks are usually held together by mortar, though some bricks such as CEBs can be dry stacked. Mortar consists of sand, a binding agent (traditionally lime but these days more often cement) and water, which is then mixed to a thick paste. It is applied to a brick, which is then placed onto another brick and allowed to dry. Pointing refers to the visible edge of the mortar between the bricks, which is finished with a special trowel to provide a decorative look to the brickwork.

When building a structure, a bed of mortar is laid on top of the foundation, and the structure’s ends are built up first. A string is then stretched between these ends to ensure each row of bricks stays level. Two layers of brick are used to create a stronger structure, with a gap left in between for insulation purposes. A wide range of structures including arches can be built using bricks.

Bricks as a Sustainable Building Material
Bricks are a versatile and durable building and construction material, with good load-bearing properties, high thermal mass and potential low energy impact. In the case of simple earth bricks such as adobe and CEBs, they measure high on the sustainability index, being made from locally available (and abundant) materials of clay, sand, and water, using low technology compression equipment, solar energy or kilns. While modern methods of brick construction have a much lower sustainability index, the UK brick industry has developed a strategy to minimise its environmental impact and increase its energy efficiency and use of renewable energies. Overall, bricks are a good example of a sustainable building practice and are currently gaining in popularity around the world.”

View our products to see which type of brick will suit your build.

So far so good. Very pleasant answering the call I made but haven’t done any further business yet. I hope for further good service. Thanks

Some of the best customer service across any industry I’ve had.

Your team has always been helpful and tried to assist wherever possible.
Thanks very much for a great support

Many thanks for your prompt response to my RFQ, your quotation and advice.

Excellent is what comes to mind, service is great ,staff friendly and a pleasure to get my goods from them,what can I say but thank you Jenkor and the staff at Noordhoek/Kommetjie.

Thanks to Kobus and his happy team for the excellent paving laid.
The result looks great.

Thanks personally for your outstanding service and Jenkor as a whole for making my life a lot more stress free with your thorough assistance.
As I’m not a builder this has been most appreciated.

Thank you Gary and Candice for always giving me and my little school the best service. My garden is a fun space because of you. Thank you so very much.

Excellent service all round.

One of the easiest missions. Candice is an absolute amazing person. Shes gone the extra mile and delivered beyond all expectations. Keep it up. Good service these days are hard to find!!

I would like to thank you and your crew for the outstanding work they did.
Their workmanship and ethic is outstanding. I am extremely pleased with the end product.

Jenkor have provided reliable service for many years. Highly recommended.

Hi Tayla thank you for your great service. Much appreciated.
Regards Renaldo

We are writing to express our deepest thanks for your recent donation to Table View Angels. Generous gifts from donors like you provide the financial and moral support needed to continue our mission to help desperate families. With your contribution, you’ve demonstrated your deep commitment to our work of feeding the hungry, clothing the desperate and helping that single mom clothe her babies and have the courage to find suitable employment and become self-sufficient. We look forward to a continuing partnership with you.

Great work by Kobus and his team. The workmanship is tops. Clear communication on what the job requires and points out issues that may arise with honesty and integrity. I will use them again. Highly recommended.

The service I received from Tayla today was exceptional and will recommend your company. Thank you

The job was done magnificently and I can’t wait to see the final product.

It has never been anything but amazing, the staff are ALWAYS so friendly, warm and eager to help in anyway possible no matter what…..

I only buy from them.

Candice is awesome. I regularly buy sand and stone from Jenkor and her service is second to none.

Its been a pleasure working with Gary and his team. We’ve built a strong relationship over the past two years and there are greater things waiting for us on this journey. Your team has been kind,helpful and always delivered satisfying service. Thank you Jenkor team

I have been using Jenkor since I started my business 3 years ago and have always had a great experience when dealing with all the staff at the Sales yard. They are all super efficient, friendly and professional.

What a refreshing experience to work with tradesmen that are punctual, friendly and efficient.
I would be happy to recommend Jenkor to anyone interested in their services.

Very professional service from Tayla and the delivery team!

Thank you Kobus to you and your team for transforming our “desert” into such a beautiful area. Your crew are all highly efficient and experienced and we couldn’t have asked for anything better. We highly recommend Jenkor.

Fantastic service throughout and a great job done. I can highly recommend Jenkor.

As a customer of 20 years I can say that the excellent service – both in the office and the yard – have kept me coming back time and again.

Dear Kobus
We would like to express our immense gratitude to yourself and your team for the professionalism with which our paving contract
was competed. Despite the weather the contract was completed speedily and can only be described by one word – Excellent!
Thank you very, very much.

Excellent service all round thank you

The staff at Jenkor are outstanding.
Never too busy to listen and help even with suggestions.
Efficient speedy service that makes you feel you are not just a number but a valued customer no matter how big or small your order.
Also delivery is super fast
Well done and thank you..

Hi Tayla,
Thanks for the opportunity to comment. I have only had good service from both the staff at the office and the crew doing deliveries. Although price is always an important factor, I believe one should look at the whole picture.
Friendly staff when placing order and prompt mailing of invoices.

We are delighted with the work you have done and for accommodating the finicky and difficult sections with your professional expertise.  Well done to you and your team. Much appreciated!

I would like to express my thanks to you and your team for a the very good work, done quickly and to a high standard.
Kind Regards
Ron Honey

Thanks to Kobus and his happy team for a job well done if I need any more paving done I know who to call.

Thanks to Kobus and his happy team for a job well done . Very pleased with the result and if I ever need more paving done I know where the contact him.

You guys are awesome, as always.